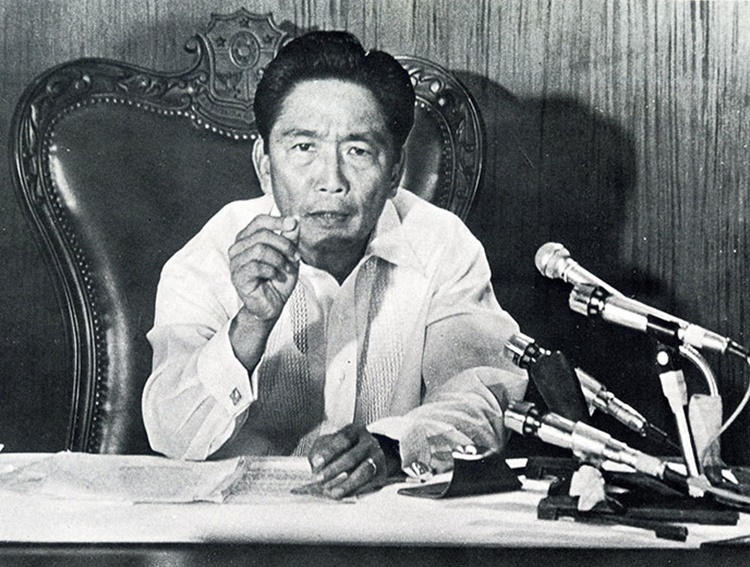 While prior scholarship examined the period of the dictatorship itself (1972-1986), no account has yet been written of the social ferment that marked the period leading up to military rule. I situate my account of the rise of authoritarianism and the role of Stalinism in its global context, criticizing prior scholarship on Communism for the “parochial conception that the ambit of local agency was constrained to the boundaries of the nation-state” and countering that local leaders were “full participants in the implementation and shaping of a fluid, international political movement.” Stalinism, I argue, was a coherent body of political thought and needs to be treated as such. Scholarship which dealt with the ideas of Communism in Asia without coming to terms with Stalinism – by treating it generically as “Marxism,” or as great power politics in ideological clothing, or as local nationalism in radical political garb – failed to grasp the essence of the matter. I demonstrate the manner in which the program of Stalinism, embodied in the rival parties, facilitated Marcos’ declaration of martial law.

The program of Stalinism involved establishing a political alliance between the mass struggles of workers, peasants, and youths and a section of the ruling elite, an argument I elaborate in “‘We are siding with Filipino capitalists’: Nationalism and the Political Maturation of Jose Ma. Sison, 1959-61,” in Sojourn: Journal of Social Issues in Southeast Asia. It was in service to this program that the PKP entered into an alliance with Ferdinand Marcos, conducted secret diplomacy with Moscow on his behalf, and publicly endorsed the imposition of martial law, a previously unknown set of developments that I document in “Cadre as informal diplomats: Ferdinand Marcos and the Soviet Bloc, 1965-74,” in History and Anthropology. Its rival, the CPP, was founded in 1969 on the political line being purveyed by Beijing and allied itself with the bourgeois opposition to Marcos, staging political provocations in service to their interests, an example of which I documented in “A Planned and Coordinated Anarchy: The Barricades of 1971 and the ‘Diliman Commune,’” published in 2018 in Philippine Studies.

I am currently working on my second book, Aligned Rivalries: The Sino-Soviet Split from the Periphery, which sets itself the ambitious task of of demonstrating how the study of the Sino-Soviet dispute in the Global South can provide new perspectives for understanding the complex political developments in Chinese Maoism and grasping the essential elements in the hostilities between the Soviet Union and China. Written with the support of a grant from the American Historical Association (AHA), Aligned Rivalries explores how the global ideological dispute gave political form to diverging social interests in the Philippines, Indonesia, and elsewhere, and with what consequences. As I explore in an article in Critical Asian Studies, “The Geopolitical Alignments of Diverging Social Interests: the Sino-Soviet split and the Partido Komunista ng Pilipinas, 1966-67,” the contradiction at the heart of Stalinism – its sway over a mass movement and its alliance with a section of the elite – tore the PKP apart along the rival lines of Moscow and Beijing. I situate my account within political developments throughout the Southeast Asian region, demonstrating the integrated character of the social crisis in Indonesia, Malaysia, Singapore and the Philippines in the first half of the 1960s. The regional nature of these developments is highlighted in an article, co-authored with Taomo Zhou, “Reinvented Revolutionaries: Indonesian and Filipino Communist exiles in China,” in Diplomatic History. Aligned Rivalries is in an advanced stage of completion.

My scholarship is a significant contribution to the growing bodies of historical research on the Sino-Soviet split, global Maoism, and the Cold War.Among the relevant works on the Sino-Soviet split are Lorenz Lüthi, The Sino-Soviet Split: Cold War in the Communist World (Princeton 2008); Nicholas Khoo, Collateral Damage: Sino-Soviet Rivalry and the Termination of the Sino-Vietnamese Alliance (Columbia University, 2011); and Jeremy Friedman, Shadow Cold War: Sino-Soviet Competition for the Third World (North Carolina, 2015). The most prominent recent work on Global Maoism is Julia Lovell, Maoism: A Global History (New York: Random House, 2019). My books demonstrate, in considerable detail, how the split in world Communism played out in a ‘Third World’ country and with what immense implications. The manner in which the fault-lines of national interest between Moscow and Beijing took on ideological expression and in turn were brought into service behind rival factions emerging within the ruling elite in a time of social upheaval has implications far beyond the Philippines, as the drama of the Sino-Soviet split marked political radicalism throughout the globe during the fraught years of the late 1960s and early 1970s.

Maoism, I argue, was a variant of Stalinism, and not a separate political ideology. Prior scholarship has largely focused on the tactical and philosophical character of Maoism at certain stages of its development – e.g., guerrilla warfare, voluntarism, contradiction – while ignoring the fundamental strategic continuity that marked it as a form of Stalinism: Socialism in One Country, the two-stage theory of revolution, and the bloc of four classes. It was this program that brought the CPP into an alliance with the elite opposition to Ferdinand Marcos. Only on the basis of a careful understanding of the political implications of these programmatic principles can we understand the outworkings of the Sino-Soviet split around the world and the role played by global Maoism.

Careful attention to the role of Stalinism can allow us to see past the traditional geopolitical divisions of the cold war, which place Manila firmly in the camp of Washington, its former colonial master, to the underlying question of class relations. Running through much of the recent literature on the cold war has been a wariness that its framework might obscure the complexities of regional and local political developments, constraining them within geopolitical camps.See in particular Ang Cheng Guan, Southeast Asia’s Cold War (Honolulu: University of Hawai’i, 2018); Odd Arne Westad, The Cold War: A World History (New York: Basic Books, 2017); and the influential attempt to move from a geopolitical to a cultural and local understanding of the cold war, Heonik Kwon, The Other Cold War (Columbia University Press, 2010).

It is a salutary concern but runs the risk of positing a false dichotomy: either geopolitics or more complex local dynamics. Stalinism ultimately sought to bring about an alignment between the national interests of a section of the capitalist class in underdeveloped countries throughout the world with the national interests of the bureaucracy in either Moscow or Beijing. This was achieved by subordinating to these capitalist interests the movement of broad masses of the population, in particular the working class and peasantry. It was fundamentally this alignment of class interests and not the following of orders, that determined the elaboration of global Stalinist politics expressed in Communist parties around the world. Attention to the role of Stalinism, to the movement of cadre and ideas, playing out alongside, and at times against the grain, of official geopolitical divisions and diplomatic machinations, allows us to trace a narrative that is significantly richer than what is conventionally known as cold war historiography. These networks ultimately followed the map of class struggle far more closely than they did the map of geopolitics.