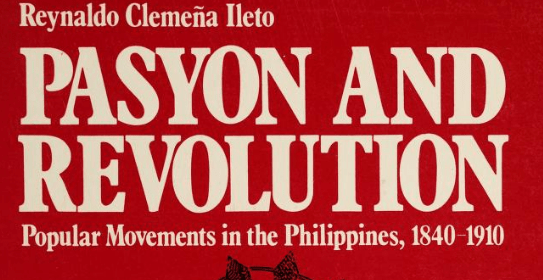 One of the critical findings of my article, “Reynaldo Ileto’s Pasyon and Revolution Revisited, a Critique,” published in SOJOURN: Journal of Social Issues in Southeast Asia in March 2018, was that Ileto’s use of class categories was deeply problematic. 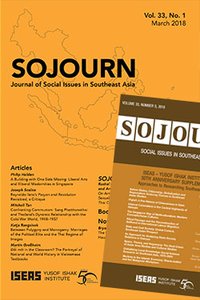 After a lengthy summary of the book’s argument, I turned to three basic criticisms: Ileto’s class categories were problematic; he approached his sources using an elite textual hermeneutic and failed to attend to the significance of performance; and he founded his entire work upon what in the end was a deeply flawed idealist conception.  I will turn to the second and third criticism in future posts.

In my last post I mentioned the sense of disquiet that I felt upon re-reading PAR as an undergraduate. The initial source of this sense of unease rested in what I felt was Ileto’s loose and unscientific class terminology.

This was not a secondary question. The explicit thrust of the argument of PAR was that there was a continuity of class consciousness that ran throughout the varied revolutionary struggles and upheavals stretching from 1840 to 1910. This consciousness, he argued, was structured around the pasyon idiom. Before examining the credibility of this idiom and its relation to political upheaval, it was necessary to understand precisely what class possessed this consciousness.

This passage from my article contains the heart of the criticism.

J. Scalice, “Reynaldo Ileto’s Pasyon and Revolution Revisited, a Critique,” SOJOURN: Journal of Social Issues in Southeast Asia 33, no. 1 (2018): 37-38. Relationships among social classes changed dramatically in the nineteenth-century Philippines. … The introduction of foreign, largely British, capital, between the first and the second half of the nineteenth century overthrew pre-capitalist relations of production. What class relations had prevailed in 1841 Tayabas during the Hermano Pule uprising would have borne little resemblance to those of the Katipunan’s Tondo fifty years later.

By the 1880s and 1890s, Philippine society was awash in class contradictions. Small landholders, tenant farmers, share-croppers, landless agricultural wage workers, an urban proletariat, clerks and professional wage workers comprised various sections of the oppressed classes in society. All of these were grouped together under indefinite rubrics in Ileto’s account. Pasyon and Revolution lumped these classes together as “the masses” (p. 5), those “from below” (p. 8), “unlettered peasants” (p. 114) , the “illiterate tao” or folk (p. 26), They collectively shared the “popular mind” (pp. 14, 131) and the “folk mind” (pp. 25, 135). They occasionally appeared in the book as indios who shared “the Filipino mind” (p. 16); they are, quite often, simply “pobres y ignorantes,” the poor and ignorant (pp. 23, 144, 197, 205, 316).

These categories are troubling. Pasyon and Revolution introduced the phrase pobres y ignorantes as “the common ilustrado term for the masses” (ibid., p. 18), and yet never questioned the validity of this ilustrado characterization of the classes that are in fact the book’s focus. The “masses” in Pasyon and Revolution were a superstitious, illiterate lot. Ileto sought to learn about the categories of perception of these pobres y ignorantes; he did not, however, question the idea that they had been and were backward.

I concluded on this point

Without a clear sociological definition of the class or classes to which it referred, Pasyon and Revolution began with the ilustrado notion of pobres y ignorantes and then asked what consciousness this “group” possessed.

Clearly this would not do. The task of reconstructing the consciousness of the lower-classes in the late nineteenth century Philippines could not proceed on such a static and stereotyped basis.